Malaria maps, then and now

I’m not sure what this teaches, but I like it.

This 2004 map shows which parts of the world are most “malaria-friendly” as a matter of climate and topography: 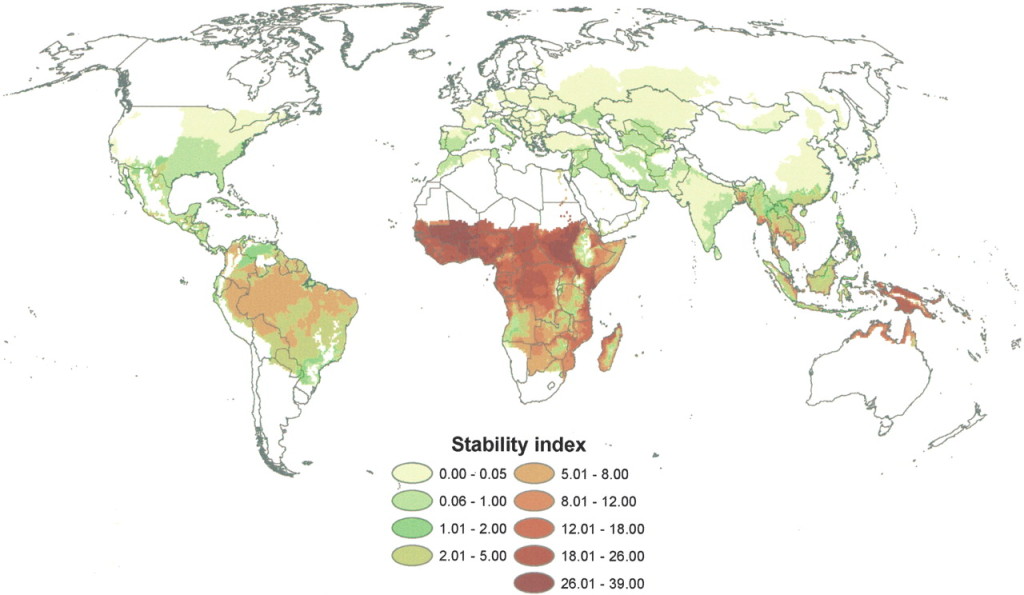 I scanned this map from a 1951 report called Partners in Progress written for President Harry Truman by a committee chaired by Nelson A. Rockefeller. I think the lettering and the endemicity areas were drawn by hand: 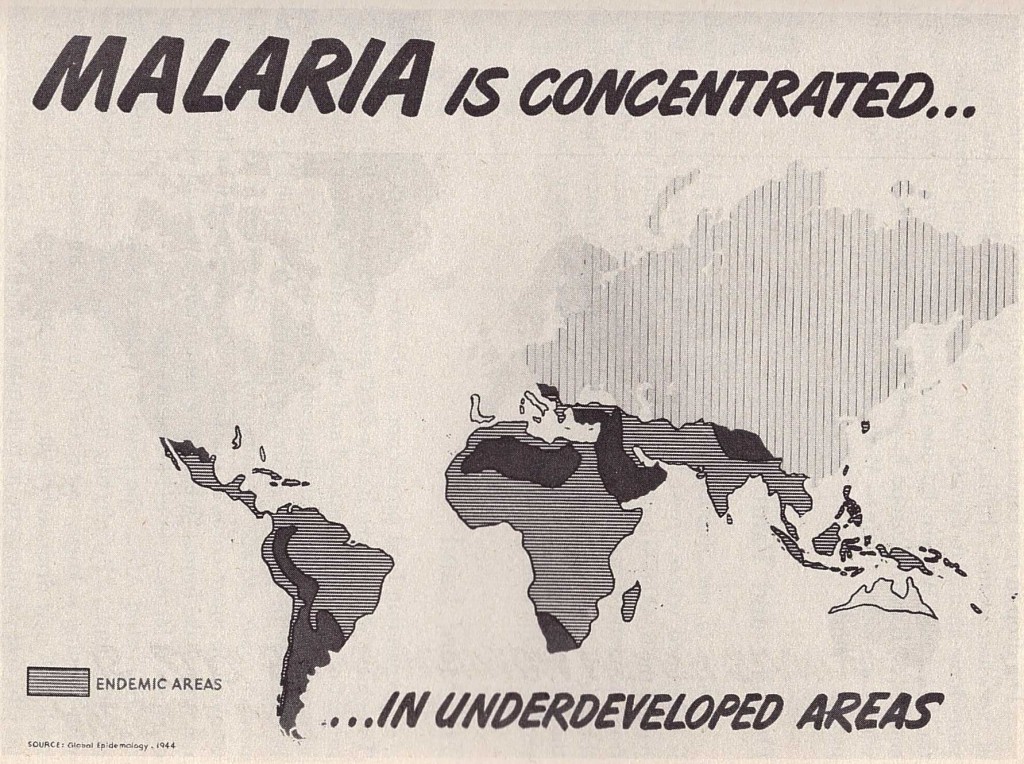 I think this shows that while their hard technology for producing graphics was inferior to ours, their soft technology was at least as good. That is, they understood the principles of good graphical communication better than your average graph-maker today. The map transmits a clear message in an instant.