Are the benefits of moderate drinking a myth? 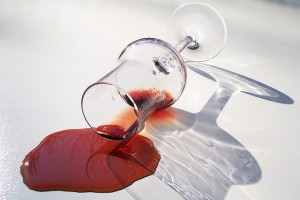 I’ve been reviewing two questions in depth for the Open Philanthropy Project, my 75% employer: How much should we worry about geomagnetic storms? And do alcohol taxes save lives? I hope to share drafts on both soon.

In the meantime, I want to share what is for me a surprising discovery, assuming it is true. The idea that moderate drinking is better for your heart than abstention looks headed for the ash heap of history like so many upended lessons from observational epidemiology. (Years ago, I blogged a certain example of this trend, relating to hormone replacement therapy for post-menopausal women: roughly speaking, observational studies said it was good; randomized trials showed it was not just not good, but bad.)

Here’s a chunk from the draft text that explains how this issue relates to whether alcohol taxes save lives (net), and how I reached my current understanding. I emphasize that I based this write-up on a day or so of reading. That said, my priors about the reliability of studies of various types come from longer experience. I’d welcome critical reactions, and sharing of this post in order to provoke them.

The literature persuades me that raising alcohol taxes reduces deaths from alcohol-related diseases, notably cirrhosis. However, key studies such as Wagenaar, Maldonado-Molina, and Wagenaar (2009) on Alaska, Cook and Tauchen (1982) on US states generally, and Koski et al. (2007) on Finland persuade precisely by showing quick impacts. And their focus on the short-term leaves the long-term impacts less clear. This is not a criticism: as I have argued, long-term impacts are harder to prove (Shadish, Cook, and Campbell 2002, p.173).

In the absence of certainty, what is the most plausible prior? On the one hand, the benefits of an alcohol tax increase almost surely swell with time. Cirrhosis, for example, progresses over decades. If a higher price for alcohol slows the progression from near-death to death, which is what the studies are detecting, then it ought also to slow the progression at all stages. On the other hand, many studies suggest that moderate drinking, as compared to abstention, reduces coronary heart disease and other ailments (Fekjӕr 2013, p. 2015). Alcohol tax increases may well impede this apparently healthy moderation. The harm per person might be much smaller than the benefit per person among heavy drinkers of a tax hike, but the population harmed could be far larger. And this effect might play out purely in the long-term, so that it is missed in the studies favored here. In principle, this leaves the sign of net long-term impact ambiguous.

A full review of the relevant epidemiological literature on moderate drinking is beyond the scope of this document. However, an initial scan leaves me reasonably confident that tax increases save lives in the long run too. The reasons:

In light of these facts, Occam’s Razor argues for a simple theory: the net marginal impact of drinking on health is negative at all levels; and moderate drinking is a marker for relative youth, affluence, and healthy habits rather than a cause of good health (Chikritzhs et al. 2015). Pending high-quality evidence to the contrary, alcohol taxes should be presumed to save even more lives in the long run.

(If you want to read more on this issue, try the new Chikritzhs et al. editorial—hat tip to Alex Wagenaar—and Fekjӕr’s pointed piece.)

print
After critiquing Mendelian randomization, VanderWeele et al. suggest relying on it more when it produces negative results, assuming the confidence intervals are narrow. I think that is what I am doing here, the negative result being no differential in impact by drinking level.
The analysis excluded respondents reported to be in poor health, in order to prevent unhealthy former heavy drinkers from contaminating the sample of non-drinkers.