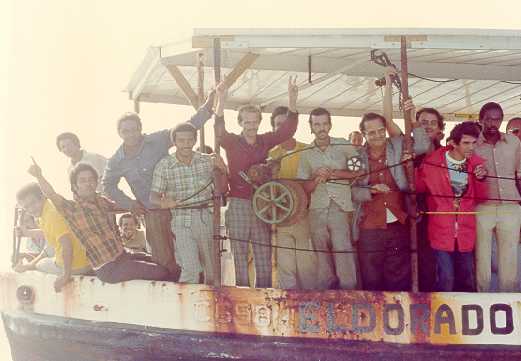 In 1980, Fidel Castro suddenly allowed thousands of Cubans to leave the country—if they could find a way out. Americans, many of Cuban extraction, swooped to the rescue by bringing lots of boats to the Cuban Port of Mariel. It was called the Mariel boatlift. Some 125,000 Cubans moved to America in a matter of months and perhaps half settled in Miami.

Some 10 years later, economist David Card viewed the Mariel boatlift as a natural experiment and used it to study how immigration affects wages and employment in the receiving country. He concluded there was not much discernible impact in Miami. His paper is seminal, both for its counterintuitive finding and for its introduction of the natural-experiment approach to the study of immigration’s impacts.

Last month, George Borjas, an economist and Cuban emigré himself, revisited the data and came to opposite to conclusion from Card’s. The boatlift hurt the wages of low-education Miamians.

So I dug into the data. Borjas’s work ended up not convincing me. More on the GiveWell blog.