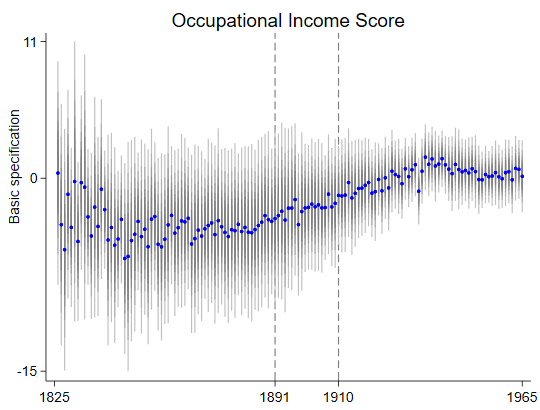 The new study revisits Bleakley’s original by reconstructing its database from primary sources, and replicating and revising the analysis. I ended up strongly questioning the original study’s conclusion. These two pairs of graphs show why. The first graph in each pair is from the  original study, the second from the new version. The original graphs seem to show jumps in outcomes of interest—school attendance, earnings—but the new ones do not. 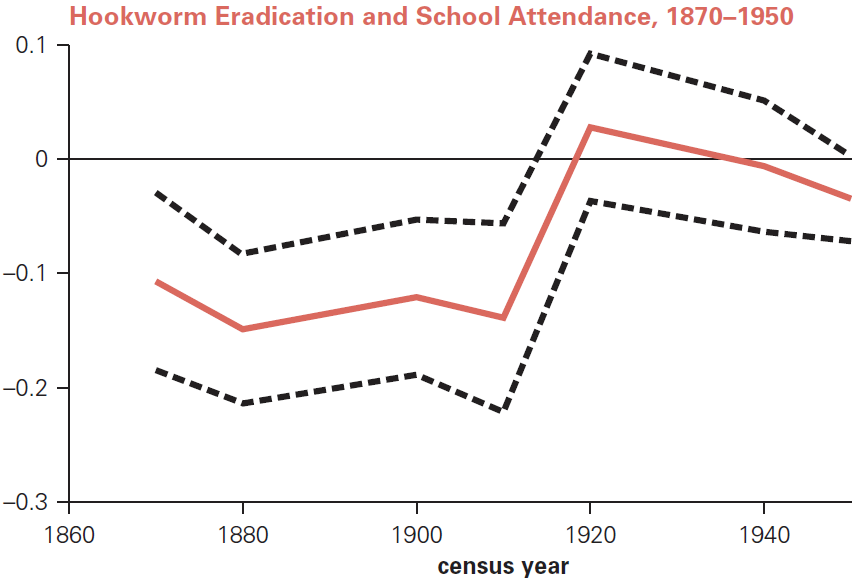 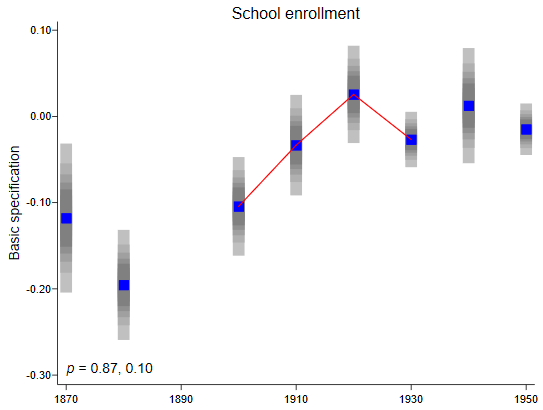 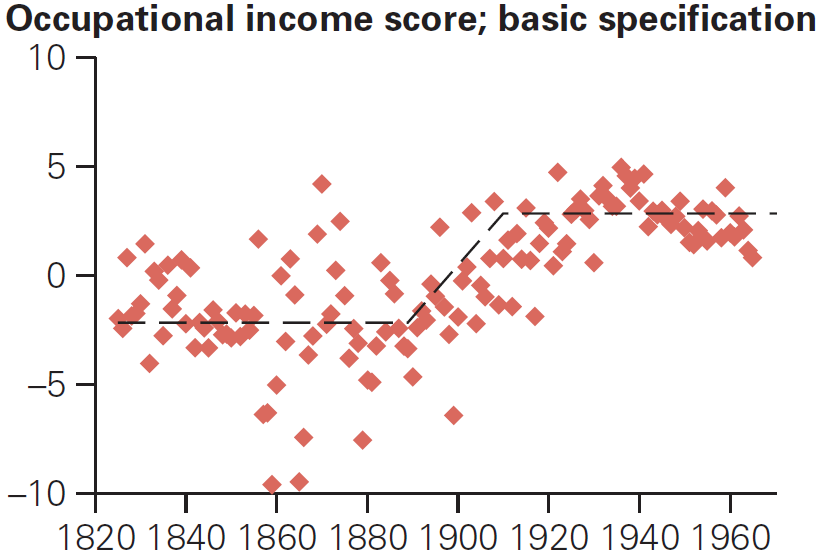 I have also reanalyzed Bleakley’s study of the impacts of malaria eradication in the U.S., Brazil, Colombia, and Mexico. In that case my results match the original much more. Write-ups coming soon.